At this stage, it is very difficult to recognize the disease – a sick person may stay in it for years and not arouse any suspicions from the environment. At this stage, the sick person may not differ much from the person who has no problem with alcohol and uses it only occasionally. Here the most important thing is the person’s approach to alcohol. People who are more likely to be addicted at this stage begin to discover that alcohol is extremely relaxing and enjoyable for them. For this reason, alcohol is more and more often chosen as a means to relax and improve your mood. In this phase, the sick person does not yet drink alcohol alone, but seeks an opportunity to do so in company – often without realizing it.

An addicted person learns to rely on alcohol as a means of relieving tension so much that he cannot cope with it without it. Over time, your tolerance to alcohol also increases. For this reason, the sick person must drink more to enter a pleasant state.

The Second Phase – Also Known As The Warning Phase.

An addicted person achieves it when the palimpsest appears, i.e. the first memory gap, colloquially known as “breaking the film”. A person in this state drinks until they lose any idea of ​​what is happening to them – although they do not lose consciousness. The next day, he remembers nothing of that period. Characteristically in this phase, memory lapses occur quite frequently, even despite having drunk a relatively small amount of alcohol.

The transition to it from the warning phase occurs when you lose control over alcohol consumption.

Nothing can stop the affected person from drinking anymore – neither promises to themselves or loved ones, nor threats, nor making any plans for the future. There may still be short periods of abstinence, but this is immediately followeda return to drinking. Alcohol becomes the main goal in life – this is where the addict’s entire life begins to orbit. Work, family, hobbies and even your own appearance are no longer important. There are also symptoms of physical dependence. 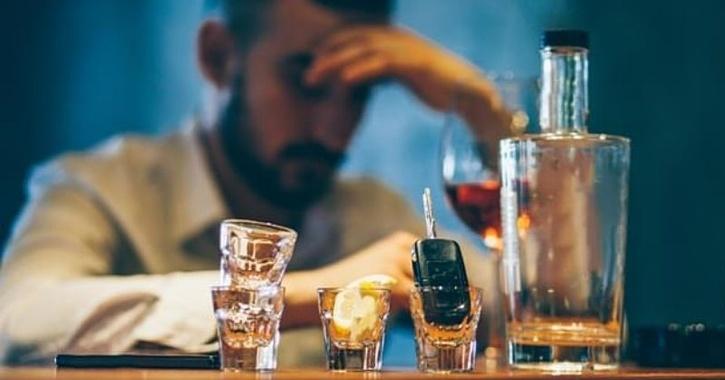 Despite everything, the sick person is still unable to admit to the disease and can live in an illusion – short moments of abstinence are an attempt to look for excuses and prove that you still have control over drinking and life. At this stage, there is also a characteristic drop in self-esteem, appears an overwhelming feeling of emptiness and helplessness regarding what is happening with life.

The Fourth Phase – Known As The Chronic Or Chronic Phase.

At this point, the addicted person rejects all appearances of sobriety and drinks practically all the time. He no longer pretends to himself or others, makes no excuses and has no remorse, he just drinks. He is drunk all the time, which makes his body more and more exhausted – both physically and mentally. The patient is actually unable to give up alcohol, because each attempt ends with a severe withdrawal syndrome. Alcoholic psychosis may also develop. In this phase of addiction, a sick person can drink anything – including poisonous substances such as denatured alcohol.

Alcohol passes into the human blood while still in the stomach – this is how as much as twenty percent of alcohol is absorbed, the rest is absorbed through the small intestine. Alcohol circulates through the body in the blood and affects the brain, liver and other internal organs. What are the effects of drinking alcohol? The next day it is definitely a hangover – the result of dehydration, because alcohol hinders the absorption of water. However, alcohol also has a negative effect on internal organs. What can happen to the body of a person who abuses alcohol?

The liver is the most burdened, therefore, under the influence of alcohol, it may become fatty or develop cirrhosis. It is worth realizing that the damage already done in this area is irreversible, but you can slow down or stop the further development of the disease, thanks to which the liver will still be able to perform its functions.

The effects of drinking alcohol also damage nerve cells. You may get demented or have a stroke. The heart of an addicted person is also at risk – excessive alcohol consumption may lead to a heart attack, development of coronary heart disease or an increase in blood pressure.