What are the Duties of Companion Care?

Depression at Work – causes. How Can you Take Care of Mental Health in the Workplace?

Pacemakers: When Do You Need One?

On 8 months Ago
Scarlett Long

Interstitial lung disease (ILD) is an umbrella term, usedspecialists like Best Pulmonologist in Lahore, for the respiratory illnesses that cause inflammation and subsequent scarring in the lung tissue. Most of the causative disorders in ILD are treated differently and have a varied prognosis. Read on to know more about interstitial lung disorders and how they are treated:

What is Interstitial Lung Disease?

Interstitial lung disease (ILD), also called pulmonary fibrosis, is when there is scarring of the lung interstitium, making the lung tissue stiff, and causing difficulty in breathing. This scarring can be limited to the lung, or be part of the systemic disorder like scleroderma, sarcoidosis or rheumatoid arthritis.

There are over 200 causes of interstitial lung disease, along with many disorders that end up with pulmonary fibrosis. In some cases, ILD is causedbreathing in of hazardous substances like coal dust, tobacco, asbestos or chemicals. In other cases, interstitial lung disease is a result of hereditary disorder like neurofibromatosis and Gaucher disease. When no cause can be identified, the ILD is termed idiopathic.

What are the Symptoms of Interstitial Lung Disease?

Interstitial lung disease presents with difficulty in breathing, fatigue, weight loss, non-productive cough, and decrease in exercise tolerance. In most cases, the symptoms appear after irreversible damage to the lungs. Nevertheless, a complete workup with the healthcare provider is mandated, as many other conditions can affect the lungs. 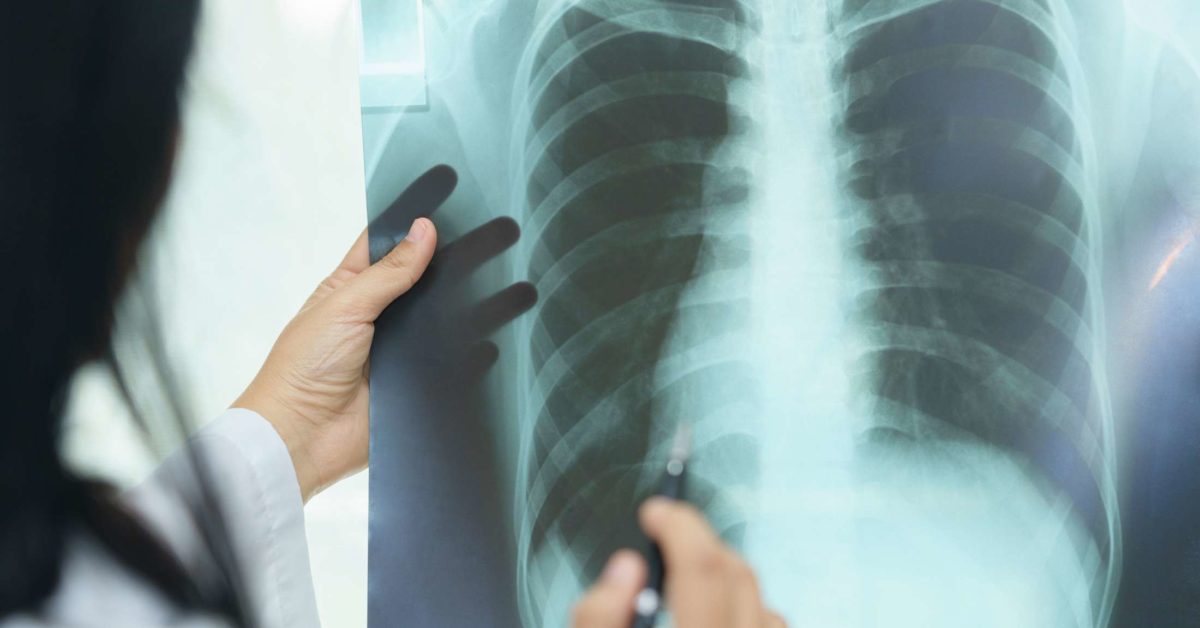 How are Interstitial Lung Diseases Diagnosed?

Diagnosing interstitial lung disease starts with a complete physical exam. The doctor will ask questions regarding physical symptoms, and general health to rule in the cause of interstitial lung disease. A provisional diagnosis madethe healthcare provider is then confirmed with the help of diagnostic investigations like: lung function test which checks how well the lungs are functioning and blood tests to look for certain autoantibodies or inflammatory markers.

Thereafter, imaging investigations like high-resolution CT and chest x-ray help to look at the condition of the lungs and how extensive the scarring is inside the interstitium. To look at the lungs through a camera, bronchoscopy is performed, and during this test, sample of lung tissue is obtained to perform a lung biopsy.

Oximetry is done to check the oxygen saturation in the body to see how well the lungs are able to transfer the oxygen to the blood. This can be done at rest or during activity.

How are Interstitial Lung Diseases Treated?

The scarring that is already present in the lungs cannot be reversed. Moreover, the medication is not guaranteed to stop the progression of disease and further scarring of the lung tissue. However, medication can improve the symptoms and slow this progression.

Depending on the exact cause of ILD, treatment includes:

Corticosteroids: these drugs slow the progression of inflammation, and are given earlier in the phase of disease. They are given with other immunosuppressants particularly in case of ILD associated with a systemic disorder.

Oxygen therapy: is for people with breathing difficulties who already have extensive lung damage. Taking oxygen reduces the blood pressure in the right side of the heart and improves sleep.

Pulmonary rehab: is to improve quality of living through improving lung endurance and breathing techniques for lung efficiency.

What are the Complications of Interstitial Lung Disease?

Because of the persistent scarring in the lung tissue due to interstitial lung disease, there is often cough that doesn’t go away, along with difficulty in breathing for these patients. Such patients need constant care of the physician like Best Pulmonologist in Karachi so the disease doesn’t turn life-threatening. In severe cases, there may be right heart failure, respiratory failure and pulmonary hypertension.

One thought on “What are Interstitial Lung Disorders?”

Scarlett Long
On 2 years Ago

Get To Know Everything About Lorcaserin Powder

Scarlett Long
On 8 months Ago

DrChrono – A Review of the DrChrono EHR Platform

Individual Health Insurance: What is it and Why is it Necessary?

Detox Procedure, the Way it is Done.

Scarlett Long
On 8 months Ago